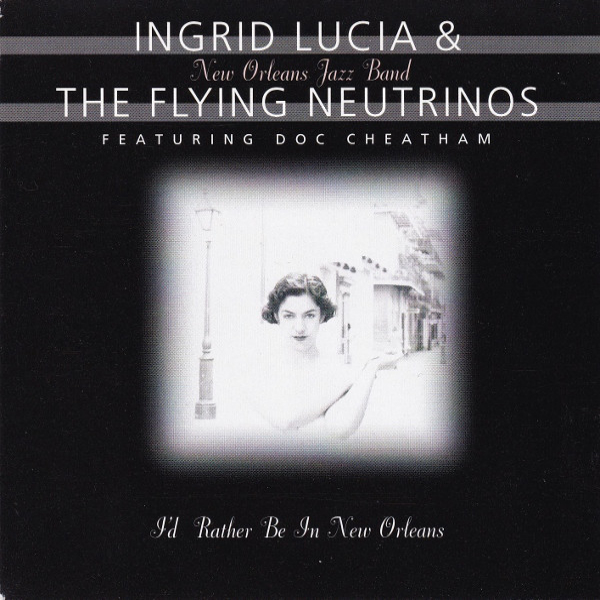 In my search for the swampiest swing music I could find, I stumbled across this album. The first song "Delta Bound" is accompanied by what is probably the swampiest brass hook I’ve ever heard. Listening to countless "voodoo" rnb, ”funeral brass band”, ”big brass band”, nothing really gave that same feeling. I’ve been lead towards the conclusion, that the swampiness of music from New Orleans, and the Mississippi River swing has been overstated by Hollywood and popular culture. This overstatedness may be done to showcase the differences in culture between the regions, the music of Louisiana and New Orleans being an accompaniment to festivities and dance (themselves being swampy cultural representations).

The swampiness of modern ”swing revival” like Ingrid Lucia & The Flying Neutrinos can then be seen as something abstracted from funeral brass bands/big brass bands by Hollywood and the music and movie industry early on and then brought back to Louisiana and more specifically New Orleans. The rest of the album isn’t anywhere near as swampy as this initial hook in the song “Delta Bound”, and sounds a lot more like traditional Dixie Swing. This probably means that the entire theory above is horseshit. It’s just Doc Cheatham being goated. Whatever though that’s okay.