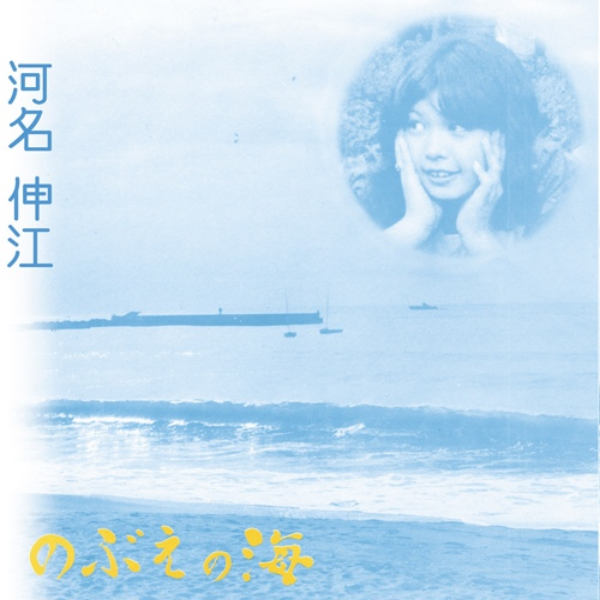 The Sun Fled Away with the Sea

Haunting yet sweet, a melancholic lightheartedness floats amongst the notes. Nobue no Umi (Nobue’s Sea) was originally released in 1975, privately pressed and, unfortunately, an already posthumous offering by that time. Nobue Kawana succumbed to cancer on her 19th birthday, in 1974, with the ‘75 LP pressing created in memoriam of her, a frail yet buoyant girl. The pressing was distributed only to close friends of Kawana, a hidden celebration of life circulating isolated waters. Until 2013, when Branco Label put out a CD reissue, adorned with two bonus tracks, finally allowing this gem to be enjoyed by the greater public. 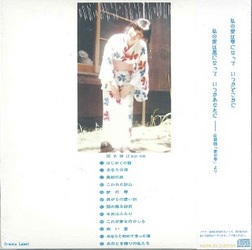 In a soft folk rock style with bossa nova stylings (and some psych-ier touches here and there), the songs careen towards the listener. Narrations about the sea, sickness, and high school interject here and there (based on my rudimentary understanding of Japanese). A warm recording hiss wraps around each track lovingly - a snapshot of a beachside girl ensconced in her present rises up from and reflects against the waves.

Dated and dusty the image might seem, but that’s the charm: clear and striking eyes unearth themselves from the caked photograph, demanding us to look back. Kawana’s voice is stunning, able to cradle itself as in Anata to Hajimete Atta Umi (tr. "The Sea When I First Met You" - studio recording) or cut a mature shape as in the backing music for the narrations.

Of course, the sea cannot be forgotten - it features not only lyrically, but also aurally. The waves crash shoreward throughout the album, meeting and melding with the hiss. Kawana is constantly in conversation with the sea, catching it’s wind and scent in gentle guitar plucks, in delicate piano chords, in earnest crooning. It all ebbs and flows with a certain wistfulness. The image of the sea and sand engaging in some dramatized and playful battle - or is it romance? - comes to mind. A running to and a running from. But that’s neither here nor there. If I had to pick a favorite from the album, it would have to be "Kaigara no Omoide" ("Memory of a Seashell") — the vocal duet criss-crossing in and out of synchronization and the astringent guitar tone (which has a dryness/hardness/bitterness about it) pair well to offer a wonderfully textured and earnest ditty.

Undoubtedly, Kawana was not alone in this work (although, unfortunately, I haven’t found a comprehensive credits list for the album). An integral part of the recording, and who I believe played a role in its re-release, is Keiko Saitou. A childhood friend of Kawana, she provided backing vocals and piano on the album, as well as helped with the lyrics. The male vocalist who performs some of the narrations on the album turns out to be a mutual friend of the two girls, enlisted by Saitou post the passing of Kawana to give light to her friend’s life as she pushed fervently to collate the tracks and press the album.

With the 2013 re-release, Saitou spoke at length about her relationship with Kawana (a translation of which can be seen in the comments here). A friendship blossomed between the two at age 16, even though it was met with the disapproval of Saitou’s parents (who were more concerned with her performing well academically). She mentions Kawana’s virtuosic talent - perfect pitch and the ability to pick up and play most any instrument. But more importantly, she speaks of the positivity Kawana approached life in spite of her deteriorating health. In those youthful days, Saitou would often scamper off to play and make music with Kawana, despite her parents always chiding her to study more instead. Their feverish passion shines through even after all these years - for that, I am immensely grateful.

I want to thank Noka (Youtube channel owner/user) for putting up a rip - I would have never found this work otherwise. And as well to Youtube user Jeff Clayton for providing some further details about the work as well as the link to Saitou’s blog in the comments of that video. It’s always a joy to see impassioned music fans unearth and share their loves - the spirit of “crate digging” is alive and well!

Unfortunately, yet understandably, that video has since been removed at the behest of Branco Label. Small outfits that take on these passion projects of, more often than not, miniscule, if existent, profit margins deserve to have their efforts protected (and lauded). If you are so moved, you can buy the CD from their site - and they have options available for international shipping!

Here’s a link to Saitou’s blog post, which I thankfully saved at the time I saw it. The page is now defunct, but can still be accessed via the Wayback Machine for what it’s worth. Google translate gives an idea of what she said, though I’m sure it's not exact - any proficient speakers/readers please let me know if I have misrepresented anything!