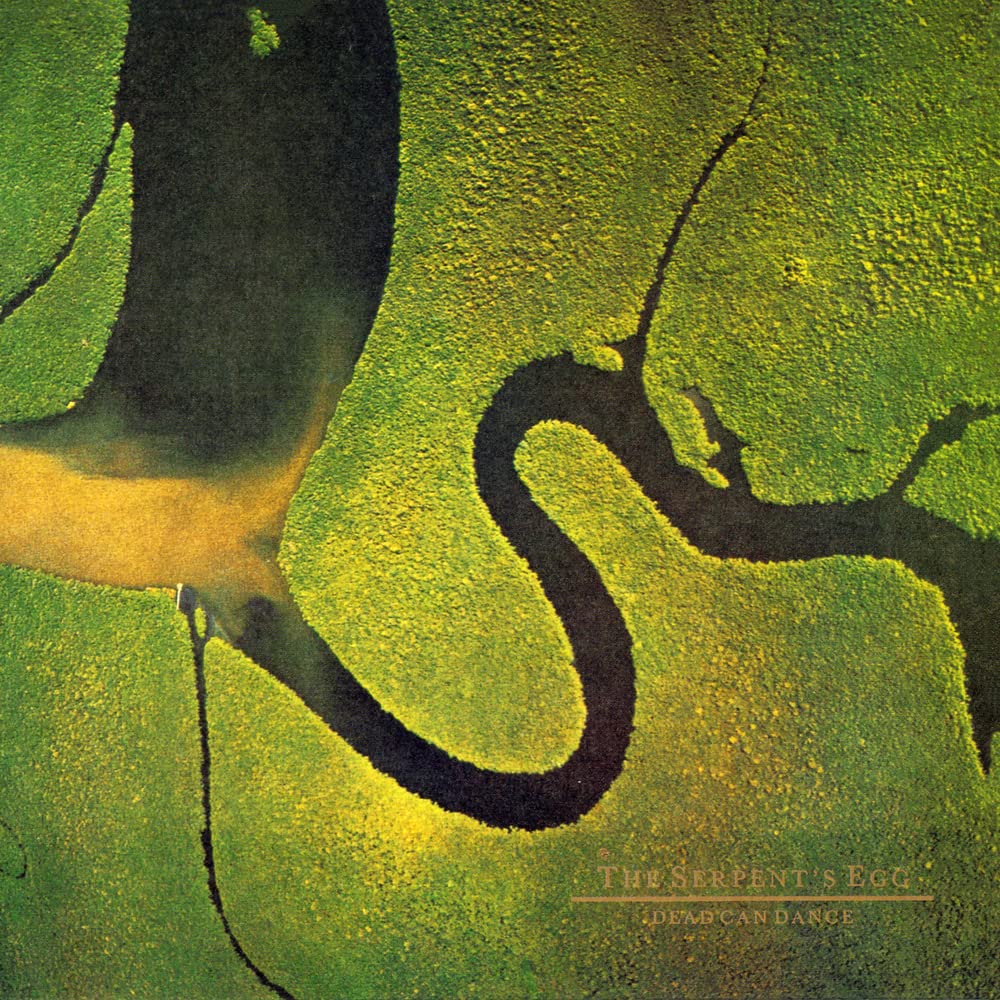 As much declined in prominence and in memory as the long-forgotten ruins and the fantastical civilizations they sing about, the work of the Australian, ethereally gothic band Dead Can Dance still leaves a pure, deep desire, a true yearning within the listener to experience life as a Romantic[1] would, approaching existence filled with sincerity and guided by strong emotions. None do instill that desire more than their magnum opus, the 1988 album The Serpent's Egg, ever after listening to it a hundred times over. 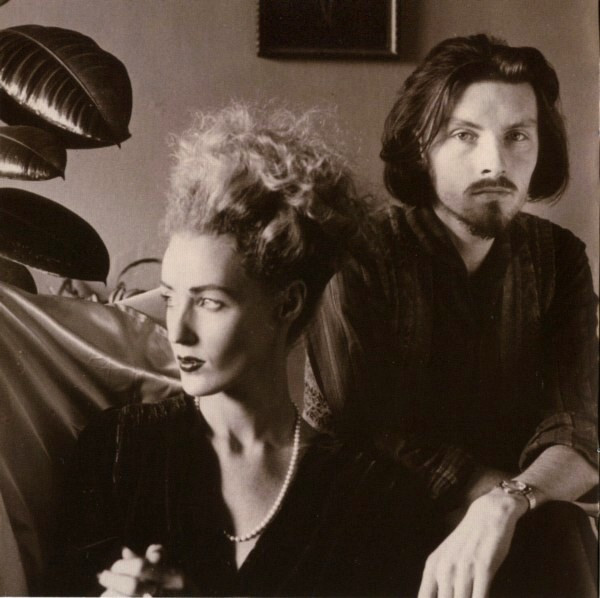 The Serpent's Egg is unusual among Dead Can Dance's work in that it — unlike how its predecessor Within the Realm of a Dying Sun did in reference to Medieval Europe and its musical traditions – channels no specific culture or heritage within its sound. Rather, it somehow manages to incorporate a whole range of them into itself, and does so wonderfully. Some of that success is achieved by limiting its ambitions, such as by not blending African tribal drumming with European choral counterpoint[2] singing on the same song. However, this creative choice is not something that harms The Serpent's Egg as a whole but is something that enhances it, by allowing each cultural element its own chance to shine. Furthermore, the fact that each cultural element is allowed to have its own unique song adds an air of timeless mystery, like that of a pre-Raphaelite painting, to the album as a whole, and brings the heavenly voices of Brendan Perry and Lisa Gerrard – the closest things that The Serpent's Egg has to constants in its sound – to the forefront.

However, it should be noted that the above summary does not do justice to the ten songs contained within. The opening track, “The Host of the Seraphim” starts with cacophonic drum beats that lead to an organ-created drone, finishing with Gerrard wailing her heart out in a vaguely Middle Eastern-inspired wordless dirige. The second track, “Orbis de Ignis” is where The Serpent's Egg fully emerges into its nature as a quasi-fantasical work, as the song primarily consists of European choral counterpoint backed by a bell ringing every ten seconds or so, creating an atmosphere of the sacred and the sublime. The third track, “Severance”, is the first to have intelligible vocals, sung in the deep, grandeur-filled bass voice of Perry. Its lyrics are delightfully morose, where the narrator laments being stagnant in an era of change. The exact imagery – of birds, decay, and winds of change, to name a few motifs – employed within the song to communicate its story is delightfully dualistic and paradoxical, impressing onto the listener's mind a mental image encapsulating the essence of its title. that of an ever-growing chasm between the listener and Perry.

With the fourth track, “The Writing on My Father's Hand”, instrumentation now returns. This track is perhaps the best of them all on the album, in the author's personal opinion, due to the vivid imagery that it conjures despite the simplicity of its sound and inspiration. Aurally, the song consists of two repeating, minor-keyed hurdy-gurdy drones backing the wordless hum-like vocals of Gerrand, topped off by a small crescendo of blurred synths and European counterpoint. The first three instruments repeat the same twenty-second melody until the last minute or so, when the song slowly transitions into the ending crescendo. Despite this instrumental poverty, however, one feels as if they have somehow stumbled upon a key scene in some tragedy where a once-great ruler dies full of regret for his deeds in life, his last moments either spent reconciling with some long-mistreated relative or in a hallucinatory delirium filled with the ghosts of his past.

Following up to “The Writing on My Father's Hand” is the fifth track, “In the Kingdom of the Blind the One-Eyed are Kings”, which can be simply summed as the clear opposite of its antecedent in almost all respcts. Barring its unusually long name, it is one of the most – if not the most – conventional, radio-friendly songs on the album, given that its lyrical content is a love song and its sound is primarily piano-based, ultimately building to a string-laced symphonic wall of sound. The sixth song is “The Chant of the Paladin”, a track that is very much like the fourth, in terms of structure, atmosphere, and vividity of imagery. However, it differs from “The Writing on My Father's Hand” in that its finale is little different from its beginning, in addition to using a repeated loop of what can only be described as the sound of a blacksmith's hammer thundering against an anvil as an instrument. This addition changes completely the mood of “The Chant of the Paladin” from anything that could resemble the atmosphere of its ante-predecessor, replacing the melancholy of a dying old man with the omniousness and tension of a knight putting on his armor and heading for grim war. The latter image is in fact very apt for one's overall positive opinion for The Serpent's Egg as a whole, for the last third is grim for the album's quality.

Unfortunately, after “The Chant of the Paladin”, the overall quality of The Serpent's Egg declines, with the four remaining tracks suffering from a combination of either being too short, too minimalisitic, or too long. The seventh track, “The Song of Sophia”, has the flaw of being too minimalistic, as it consists of merely just an extended, meandering wail of Gerrand's. The eighth track, “Echolalia”, is much better, consisting an a-capella tribal chant, albeit that one that is merely seventy-seven seconds longs. The next one, “Mother Tongue” is perhaps the worst one of this lot of the last four tracks, given that it is the same loop of tribal African drumming repeated over and over again with minor variations for five minutes; something that can be slightly torturous at times.

Concluding, finally, is “Ullysses”; an attempt to recapture the grandeur of the previous two-thirds. In that regard, it is only half-successful, for while it does have the theatricality of “The Writing on My Father's Hand” and “Orb de Ignis” that is required for such majesty, it lacks the true depth of feeling that is further needed to achieve greatness. This lack comes not from Perry's vocal performance – of which he gives his all here – but rather from the choice of using a glockenspiel as the main backing instrument. The tinny sound of the glockenspiel ruins the great pathos brought by Perry, leaving an otherwise great song something that is only above average.

To sum then: the 1988 gothic album, The Serpent's Egg by the Australian band Dead Can Dance is a masterwork, if one with a weak ending compared to its glorious beginning and middle. With supreme skill, it interweaves the traditions of many different cultural traditions together to create songs that bring the imagination to roaring life, and does so without relying upon any complex instrumental arrangements or whacky, out-there synths; it merely uses the powers of the human voice and a few well-placed crescendos and instrumentation loops to accomplish that. For the most part, all the songs of the work do not overstay their welcome, making them endlessly re-listenable and a great soundtrack for daydreaming. Of course, the last four songs or so do not hold up to the high standard set by the first six tracks here on in terms of quality, but that is an acceptable price to pay for an album that is near-flawless otherwise.

1. In the sense of the European cultural movement that immediately succeeded the Enlightenment.↩

2. Counterpoint means that two or more musicians take turns performing a single note; choral means that the counterpoint is sung rather than performed via an instrument.↩